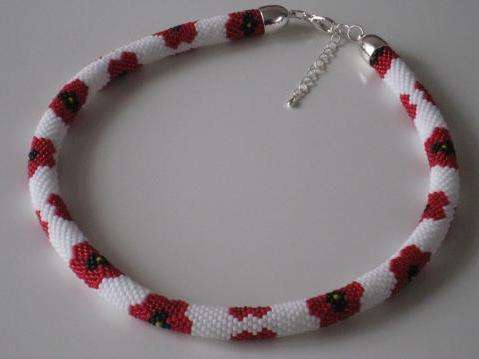 Braided beaded plaits are quite modern and very fashionable accessory. The harness is a braided cord. It can be either tight weave, or lace or openwork. The thickness of the harness varies depending on the wishes and needs. This elegant accessory came to the modern world from antiquity. A long time ago, craftswomen made a ribbon with their own hands, which was flat, and then sewed it into a cord.

The process of making cords has now been slightly modernized, and the accessory has received different shapes: square, spiral, outer braid. The original jewelry in the form of a cord is in demand due to its versatility. They can be worn as a separate piece of jewelry or combined with various pendants or chains..

Knitting is one of the ways to make harnesses. Such cords are quite graceful and look great, and the variety of patterns for them will allow you to make such a decoration that will suit both a particular outfit and be versatile..

In order to understand the process of making jewelry, learn its secrets and learn the technique, consider a knitted cord-cord made of beads. 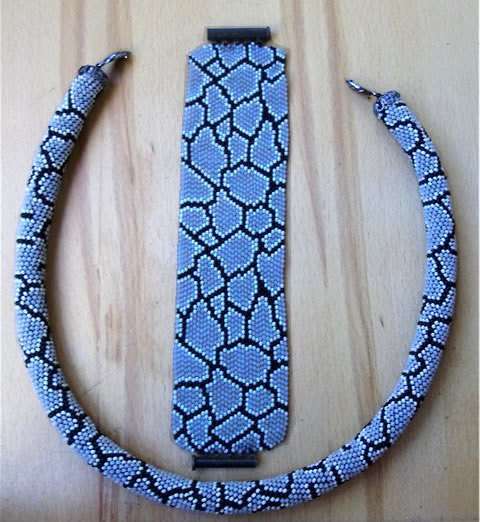 A matter of technology

Before you start making the bracelet, it’s best to try making a small pattern. So you will understand the weaving technique and how all objects behave in your hands..

To make a test pattern, you will need:

Learning to read the diagram:

To create a pattern, you need to understand the diagram, understand it and study it in detail. The accessory can be made either according to a ready-made scheme, or you can create it yourself in a special program..

We will try our hand at creating a tourniquet on multi-colored beads. The basis of the bundle is made up of 7 beads, and below is the weaving pattern itself. 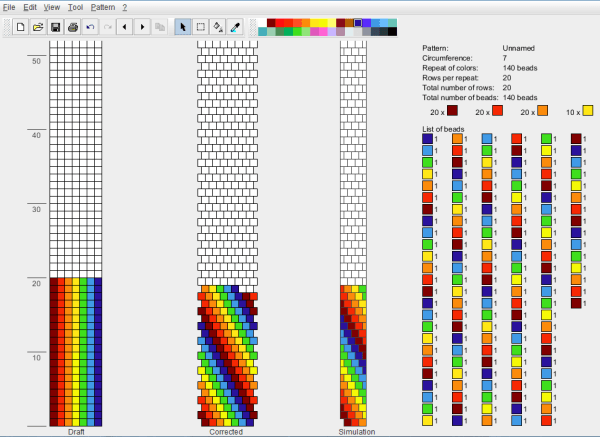 At first glance, everything may seem to be either super complicated or too simple. Let’s figure it out. At the top right, you can see how wide the bundle will be, we have it equal to seven beads.

Next, we go down the diagram and see how far the pattern begins to repeat itself. In our case, it is 140 beads.

Further, our attention shifts to three columns, which are located on the left side. Each of them has its own purpose:

Below is a drawing that shows the beginning of the set and the end of weaving.. 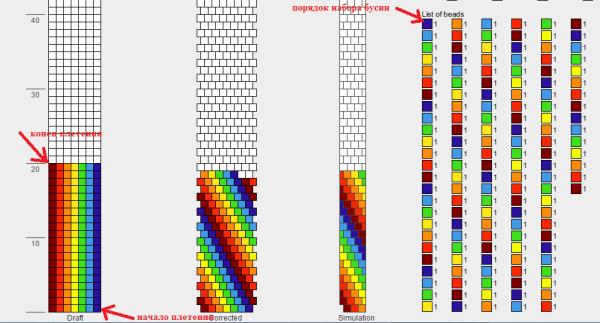 When we start to set the bracelet, focus on the first column.

To facilitate stringing of beads and determine their number, as well as their order, they are duplicated in separate columns located on the right.

After you figured out the scheme, you can start weaving the pattern. 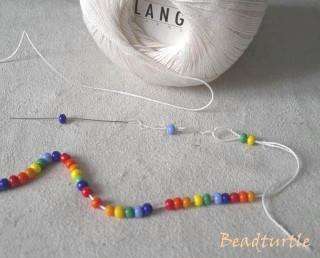 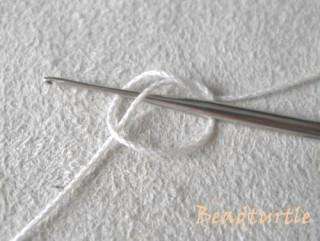 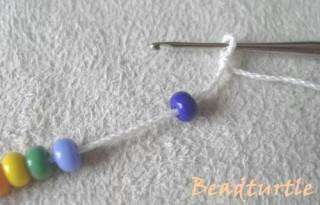 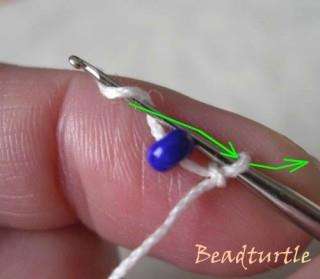 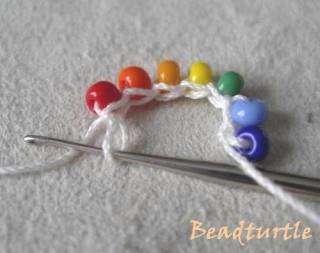 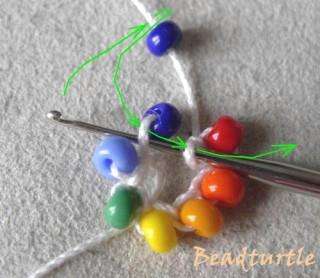 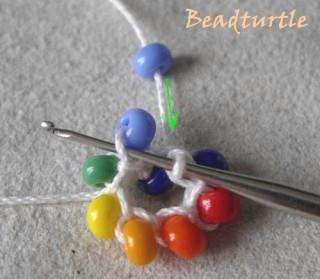 When you knit a bracelet, keep a close eye on the beads of the new row. They should lie directly on top and to the right of the bead of the row that was before. For this reason, we recommend holding your beads while knitting. To add volume to the tourniquet, its weaving must be performed on a special basis, if it is absent, then you can use a rod. To avoid sagging, the thread you are working with should always have the same tension. As in any business, it is difficult to just start when a part of the bracelet is tied, it becomes much easier to work and hold the thread, and all the beads are laid in their place, like pieces of a puzzle.

When the bracelet is tied, it must be completed. To do this, you need to weave the last row of the plait with half-columns, only without beads.

After trying to recreate the training pattern, we have the following result: 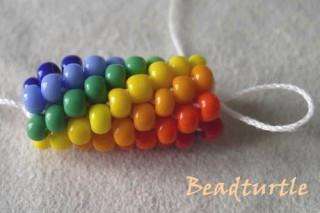 If we continue weaving, the bracelet can be turned into a bright and iridescent necklace: 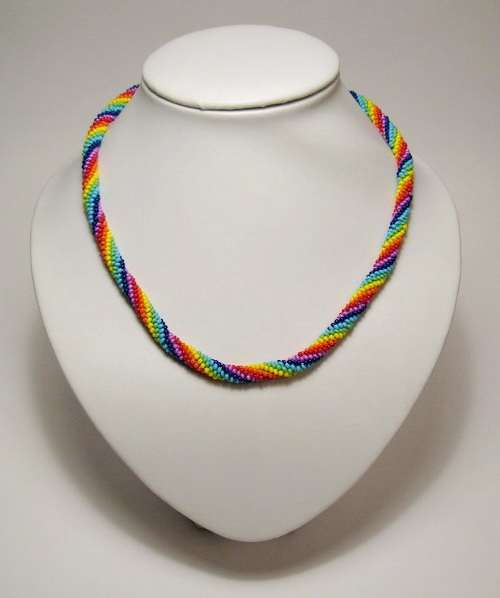 To create weaving patterns, a specially developed program of the latest version of DB-bead is used. To consolidate the training effect, let’s try to understand and understand another scheme.

On the bottom line, we determine the number of beads that make up one repeating pattern. This diagram shows 12 of them.. 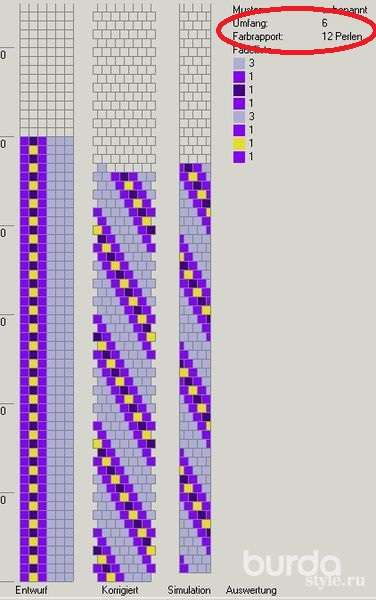 Weaving of our bracelet and a set of beads must be started from the bottom on the right side and, as the pattern moves, we will complete the weaving in the upper left corner..

The picture on the left side determines the order in which the typing will take place. The corresponding order can be seen in the first row, which has numbers.

The middle column, as we already know, presents us with a drawing of our bracelet in an expanded form. And the figure on the right shows the final position of the pattern in the finished product.. 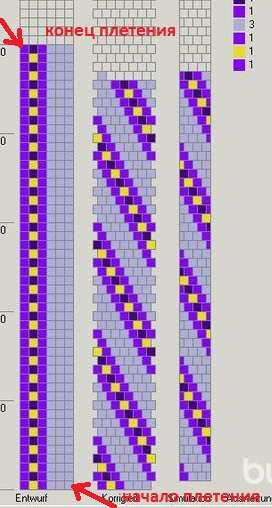 To master the technique, for those who first encountered such weaving, it would be best to try their skills on plain products. After mastering the technique, you can try to create two-color bracelets, then gradually add one color at a time, and eventually learn how to create real masterpieces.

Knitted plait of beads, weave according to the scheme

And at the end I would like to give one small but important advice: in order for your bracelet with your own hands, which has a volumetric shape, to hold it well, you can insert the most ordinary lace inside.