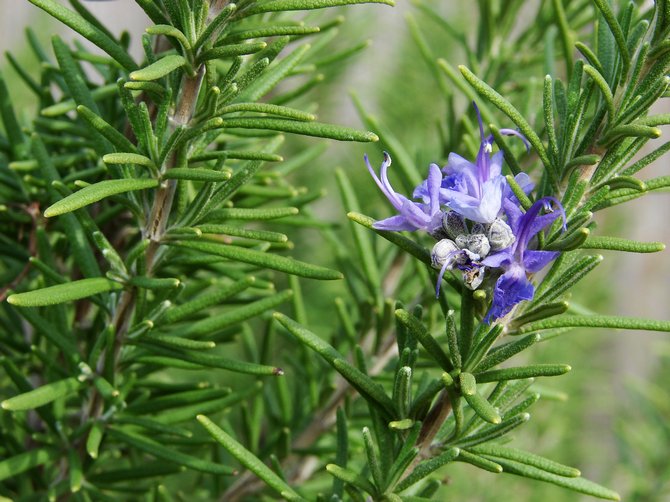 House flowers are beautiful, pleasant to look at, and beneficial to mental and physical health. When, along with geraniums and saintpaulias, various seasonings grow in the house, then this is very good! And many even grow tomatoes and cucumbers in pots on windowsills. This article provides information on rosemary – a spice that is as healthy as it is beautiful. Besides the fact that rosemary has a pleasant spicy aroma, it also has many therapeutic and prophylactic properties. Even a simple inhalation of the aroma of this plant is already useful, and admiring its beauty (especially during the flowering period) is a great joy..

Naturally, rosemary is not a rare seasoning, it can be easily purchased at the nearest grocery store in prepackaged form, but for a real grower it will be much more interesting to grow such a miracle with his own hands! And how convenient it is to have fresh flowers on hand, which can be added to salads. and for meat, and in tea, and in desserts, and also used to decorate various dishes. In addition, rosemary is very beautiful during the flowering period: completely covered with pale blue inflorescences, it adds an aesthetic one to its culinary mission. By the way, rosemary never gets sick, which is confirmed by many growers..

It is quite difficult to grow rosemary seeds from seeds: they may not sprout, or the seedlings will not survive. Therefore, the best option would be to purchase a small plant in the store. Today in flower shops there are a huge number of exotic plants, but if suddenly rosemary is not among them, then you can simply order to be brought to you. 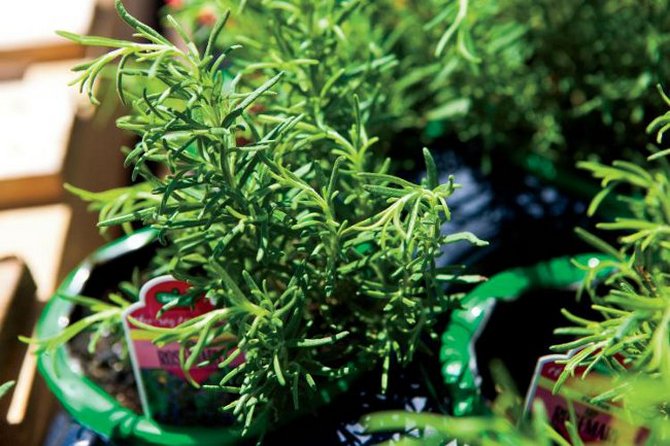 So what does this seasoning need in order to live happily ever after? Yes, not much: a place lit by the sun (rosemary – “Mediterranean”) and regular watering (but not flooded). It is good to place rosemary on a window facing south, but then it will need to be watered a little more abundantly than flowers “living” on the shady side. To prevent spices from damaging the dry air in winter (and in summer heat), it needs to be sprayed sometimes. The flower also needs to be protected from the scorching sun.

As for the soil, rosemary will be satisfied with a universal mixture with the addition of a handful of expanded clay (for drainage) and turf. Acidic soil is contraindicated for this plant, and air-permeable lime mixtures are what you need. In order for the bush to grow evenly, it must be periodically rotated around its own axis. You can cut it a little in the spring, and even at the end of summer, but not necessarily – the branches of the plant so will periodically break off “for needs”.

As soon as summer comes, the rosemary should be moved outside so that it absorbs the sun’s rays, bathes in the rain and washes with dew drops. But in the fall (even before the onset of night frosts) it needs to be moved into the house again – do not forget that rosemary does not tolerate cold.

All the main things have been said about caring for spicy grass, but the reproduction of rosemary is a separate conversation. Well, do not buy a new bush every time! According to experts, rosemary propagates best by cuttings. This is how it is done. A stalk (10 cm) is cut from an adult plant, the lower leaves are removed from it and placed in a vase made of dark glass with settled water and 2 tablets of activated carbon dissolved in it. The stalk is not touched for 12-15 days. After 2 weeks, roots should appear and the plant can be planted in a small pot with a nutrient mixture.

But you can not achieve the formation of roots in the water, but try to immediately plant the cutting in the ground. In this way: cut off the stalk that appeared last year, bare its lower part, process it in “Kornevin” or some other stimulator of root formation. A moistened mixture of vermiculite and peat should already be prepared in advance, where the cutting is planted. 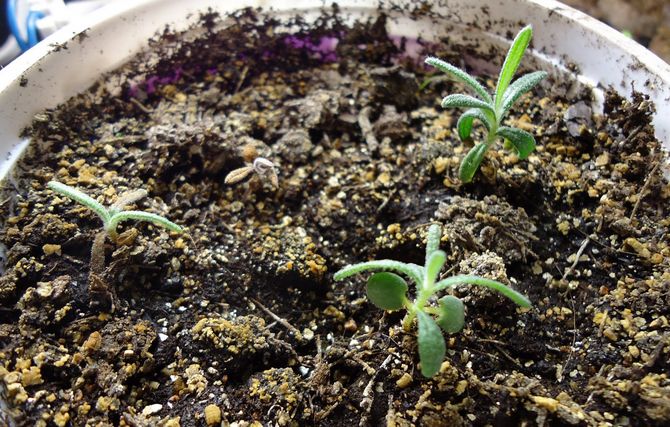 A start. The flower should now stand in a light and warm (but not hot) place. Sometimes we spray it and wait for it to grow – in 10-15 days, as in water. When the cuttings begin to grow, they are transplanted several more times, and in order to make the bush more lush, the tops in the growth zone are pinched off. Attention! Mature plants need an annual (sometimes more often) transplant. The fact that the time has come to do this is indicated by the fact that it seemed that the plant had little water (after watering). This means that the roots have become large and cramped in the old pot. You can also do the following procedure: cut the roots of the rosemary from the bottom and sides (with scissors) and plant it again in the same pot. In order for the root system to quickly recover, you need to slightly cut the crown of the flower during transplantation..

Rosemary was appreciated by the ancient Egyptians, Romans and Greeks. He was considered sacred, according to legends, he served as a symbol of eternity, abundance and prosperity. 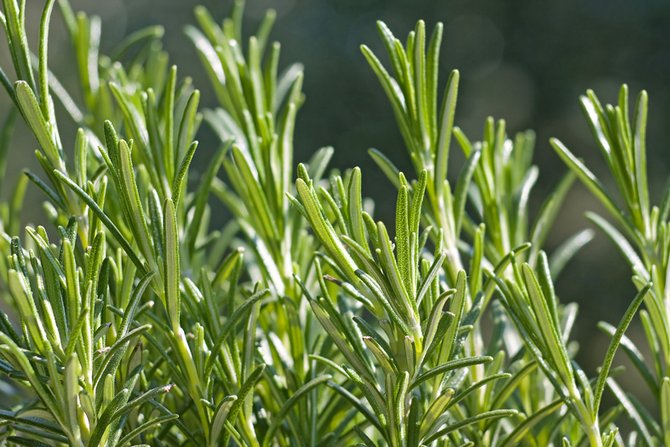 This plant is widely used in folk medicine. To obtain effective decoctions and other medicinal drugs, only young shoots and leaves collected during the flowering period are used. And here are examples of recipes for medicinal products that are easy to make at home:

Pour fresh leaves (an armful) with almond oil and hold for 14 days. Then smear the hair roots with the resulting product and wait 10-15 minutes. To heighten the effect, the procedure should be carried out once a week for 2 months..

The leaves are poured with boiling water, the broth is cooled, and then a towel is soaked in it and wrapped around the legs.

Leaves (2 tablespoons) are poured with boiling water (1 glass), insisted, filtered. Gargle with a warm broth. By the way, by eating a fresh rosemary leaf every day (chewing it slowly), you can get rid of throat problems forever..

That’s all the information about Mediterranean rosemary – a healthy and beautiful indoor plant. Grow it, be healthy, and eat delicious meals!