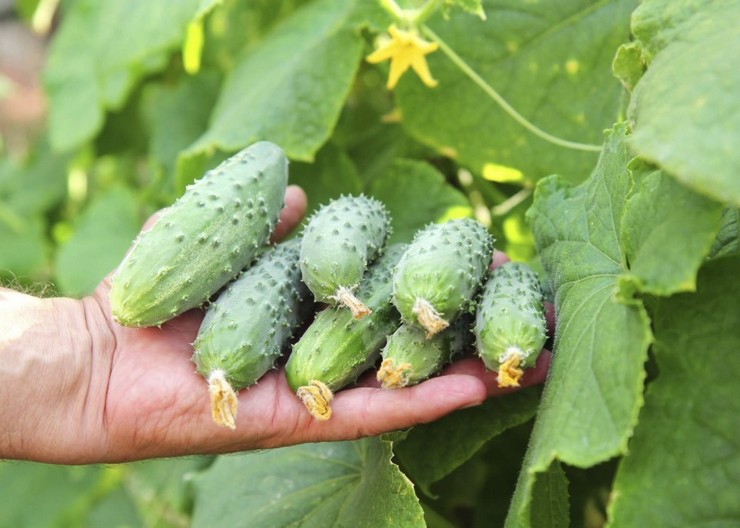 What needs to be done in order to get 30 kg of harvest per season from one cucumber bush? It is quite possible to achieve such a result. You just need to choose the right variety of cucumbers, as well as apply EM technology..

To obtain hybrid cucumbers, two selected varieties are used. Thus, you can get fruits that will have a high degree of endurance and at the same time give a good harvest during the season, even in spite of bad weather conditions. This is explained by the fact that the hybrid absorbs only positive properties from the varieties with which it was created. This phenomenon is called heterosis..

Reference! If you properly care for hybrid cucumbers, you can harvest a rich harvest during the season..

The seeds of the hybrids are marked F1. It means that the cucumber variety was created by crossing using 1st generation seeds. Hybrids have only 1 drawback – the seeds of the grown plants cannot be used for the next planting. But if you do this, then the result will be completely different..

EM-technology is a system that is based on the use of beneficial microorganisms that are capable of multiplying at a high rate in the soil and have a beneficial effect on plant development..

Japan became the pioneer of such organisms. They were able to synthesize Dr. Teru Higa. In Russia, such microorganisms were obtained by P.A. Shablin. He developed a drug called Baikal EM. There are also drugs made by the “Shining” company. Both options are equally effective..

How the technology is applied 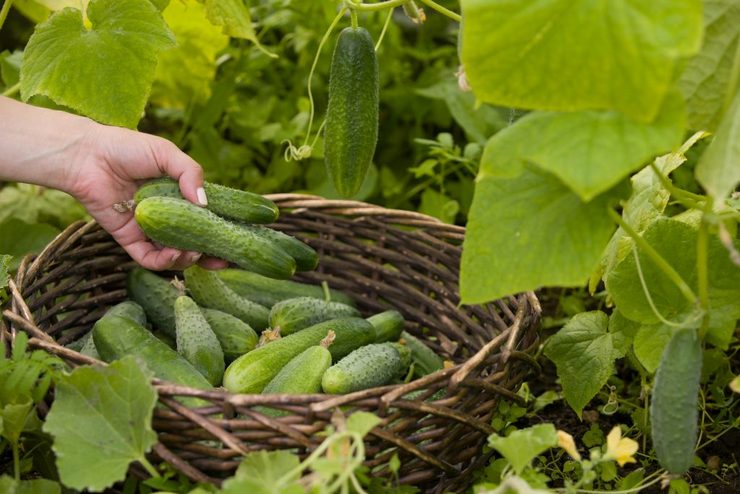 As evidenced by the appearance of cucumbers

The appearance of the leaves and fruits can tell a lot about the condition of cucumbers..

Throughout the entire growth period of cucumber bushes, it is necessary to shape them. It is also very important to harvest regularly. The smaller and younger the fruits are, the greater the amount of the crop will eventually be harvested for the entire season..