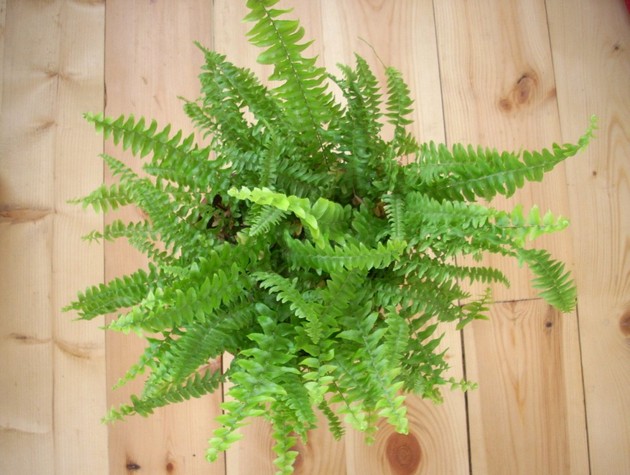 Guess what well-known houseplant grew in prehistoric forests back when dinosaurs roamed the Earth? Of course, this is a fern. Perhaps only chlorophytum can be called its peer. In the botanical classification, ferns occupy a whole department, subdivided into many orders, families, and there are more than 20 thousand individual species..

Few species have adapted to indoor living conditions. Most often, on the windowsills of florists, you can find the maidenhair (popularly called the Venus hair), asplenium. Less common are cytomium and golden polypodium. But nephrolepis is most similar to its prehistoric ancestors. Its feathery carved leaves often attract novice amateur flower growers, and it can be called the most unpretentious. Using the example of nephrolepis, we will consider some of the features of growing ferns at home..

As mentioned above, the varieties of the genus Nephrolepis are quite unpretentious, but some rules should be followed. Where is the best place to place a flower pot in which a feathery handsome man grows? Among amateur flower growers, there is an opinion that the fern is a shade-loving plant, and sometimes it is pushed into a dark corner. And most often this delusion leads to the death of the plant, at best – to the loss of decorativeness..

It should be remembered: indoor fern is a light-loving plant, but direct sunlight should be avoided. Therefore, for the fern, we choose a light window, possibly a southern one, but do not forget to block it from the scorching sun. In general, a fern is a rather large plant, and a flower pot, from an interior point of view, will be more appropriate on the floor than on the windowsill. The fern will feel great if you place it in the wall between the windows, on a stand or pots. In summer, the green pet can be taken outside, but do not forget to cover it from direct sunlight.. 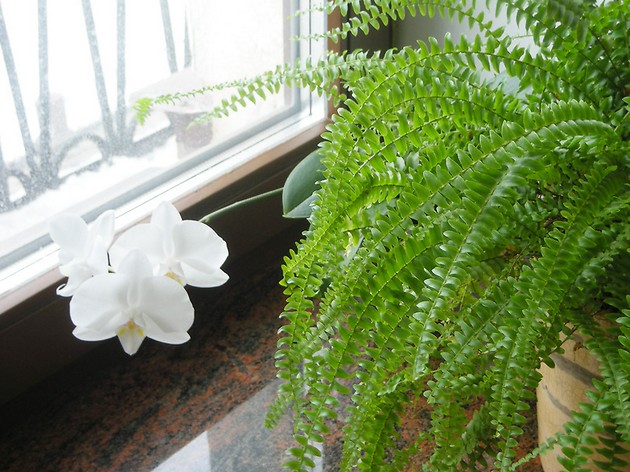 The optimum temperature for fern growth is 20-22 degrees, i.e. room. It can withstand a temperature drop of up to 12 degrees, but it is better not to give the plant such shakes. Some growers recommend putting a fern pot in the bathroom and giving the plant a shower..

Like many ferns, nephrolepis prefers abundant watering, and prolonged drying of the soil is bad for the plant. It should be watered as soon as the topsoil in the pot begins to dry out slightly. But everything is fine in moderation: the plant should not be overfilled either, the roots can rot and the fern will die. It should be remembered: you can water the fern only with settled water, and better with melted or snow.

When growing nephrolepis, special attention should be paid to indoor humidity. Too dry air in the room is the enemy of indoor fern. During the heating season, you should keep the fern away from batteries and heating devices, use special humidifiers for the room and regularly spray the plant with a spray bottle. In the summer, spraying should also be carried out periodically. As a top dressing, you can use any complex mineral fertilizer every 2-3 weeks, diluting it by half. Fertilizers with a high potassium content are preferred. Also, the fern will be grateful for organic fertilizers, for example, mullein infusion.

The fern does not need to be replanted annually. This should be done if the plant is already large for its pot. Fern roots tend to grow strongly, braiding with an earthen ball, so you should not clean them too much of old soil so as not to damage. In the event that the transplant is not caused by a disease of the plant, overflow or the soil is damaged by pests, you can simply transfer the plant to another larger pot. For the fern, wide pots of shallow depth are suitable. The soil can be purchased at the flower shop. The choice of soil for ferns is quite large, but when buying, you need to pay attention to the acidity. Ferns love acidified soil, pH 5-6.6. 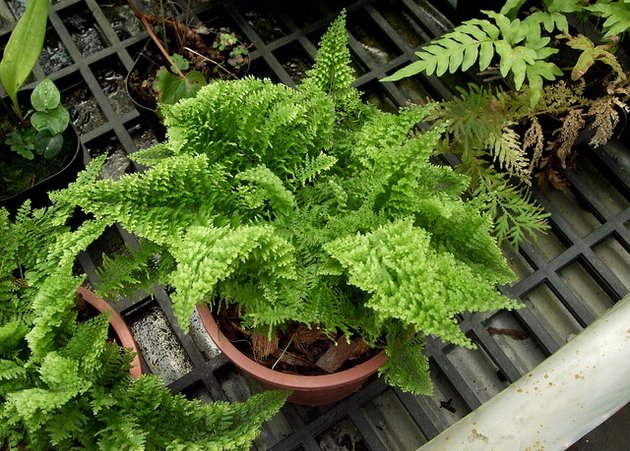 You can make your own fern potting mix. Most common recipe:

At the bottom of the pot, you need to put a little expanded clay so that the water does not stagnate.

Ferns reproduce by dividing the bush and spores. Reproduction with the help of spores is an interesting, but long and complicated process, therefore it is used extremely rarely at home, novice growers are unlikely to cope with this. Usually, when transplanting, the fern is divided into several bushes, which are planted in different pots. But even this simple method sometimes gives a negative result..

In order for the breeding process to be successful, you need to wait for the appearance of young basal rosettes, which should be carefully separated from the mother bush, leaving part of the soil on the roots. Having transplanted a young plant, you should maintain an optimal level of soil moisture and prevent it from drying out. While the adaptation period is underway, the young fern should be given special attention..

Any fern, especially nephrolepis, is a very ornamental plant that can decorate any interior. But, besides this, it has another important positive property: like spathiphyllum and chlorophytum, fern belongs to plants that can purify the air.

Some growers claim that the fern has a wound healing effect, along with aloe. And its beautiful feathery leaves – “fronds” can be used in bouquets and floristic compositions. Your green pet will recover the plucked fronds quite quickly..