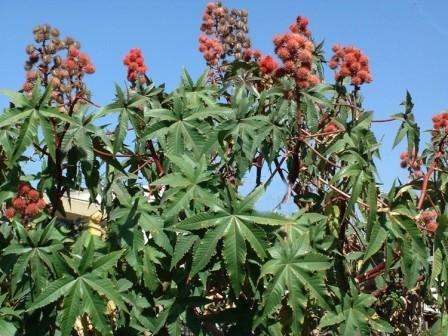 Eyebrows and eyelashes are not only a face decoration, but also a natural eye protection from dust and sweat. With proper care and proper attention, they look thick and well-groomed, adding to the appearance of beauty, and with the wrong care they often begin to weaken and fall out. Frequent dyeing and curling makes eyelashes thin and brittle. Often, an inept build-up leaves its fatal mark, after which only small hemp often remains from your own eyelashes.. 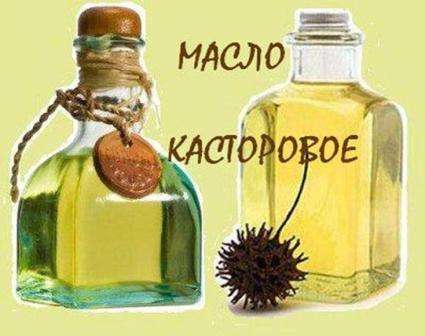 Castor oil, which is a proven budget remedy and is available in almost any pharmacy, will help to solve all these problems, then read useful tips for using it:

What is the secret of the positive effect of castor oil on eyebrows and eyelashes? First of all, it is a natural product rich in flavonoids, gluten and vitamin E. Oil applied to the eyebrows and eyelashes gradually flows down to the very roots of the hairs, reaching the hair follicles. Getting on the dormant hair follicles, the oil nourishes and “awakens” them. From this, growth is accelerated, and the density of cilia increases..

What effect does castor oil give: 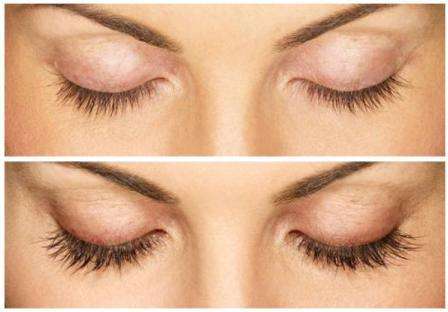 The method of application is quite simple:

All eye makeup must be removed before applying the oil. If you use a liquid for removing decorative cosmetics, then after it, be sure to rinse your face with clean water..

Apply castor oil to the eyebrows and eyelashes with a cotton swab or a rinsed mascara brush. Avoid contact with eyes and mucous membranes. In case of contact, rinse immediately with cool water.

When applied to the eyelashes, touch only the very ends with a brush, and the oil will drain to the roots on its own. If you apply an excessive amount of castor oil, it will certainly get into the eyes, which will cause burning, itching and short-term blurred vision..

It is advisable to carry out the procedure 1.5 hours before going to bed. Before going to bed, you should remove unabsorbed oil from the skin of the eyelids with a cotton pad or paper towel. If you leave the oil on your eyelids, you can wake up with swelling in the morning..

In the morning after the procedure, you should wash your face in the usual way, after which you can start applying makeup..

Castor oil is an indispensable helper for girls who, regularly plucking their eyebrows, have violated their natural growth line. As a rule, eyebrows stop growing, or become very sparse, faded and thin in the places where they are constantly removed. If a girl decides to change their shape, then she will have to either resort to tattooing, or regularly paint on the missing hairs with a pencil.

However, the problem can be solved without the use of permanent makeup or decorative cosmetics. It is enough to regularly apply castor oil to the eyebrows for a month. The eyebrows will begin to actively grow again, their natural line will be restored. 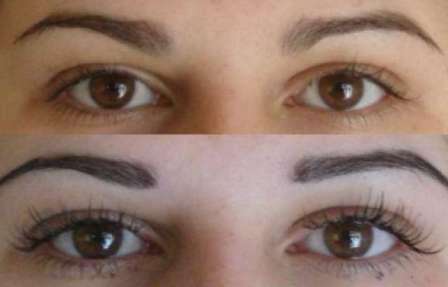 The way to use castor oil for eyebrows is exactly the same as for eyelashes:

First, remove all makeup and remnants of makeup remover, then blot excess moisture from the face with a towel.

Next, castor oil is applied to the eyebrows, not forgetting to capture those areas where excess hairs were plucked.

After 1-2 hours, remove excess oil with a paper towel.

In the morning they wash their face in the usual way and apply makeup. 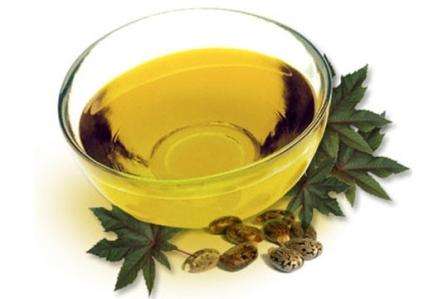 To achieve the desired result faster, listen to the following tips:

Castor oil is very thick. To make it easier to apply, hold the bottle with it under hot water for 1-2 minutes. Warm oil not only spreads more easily through the hairs, but also absorbs faster.

To achieve lasting results, use the oil for at least 1 month. When the desired effect is obtained, apply castor oil 1-2 times a week for prevention.

Do you want to enhance the positive effect? Add the contents of 5-6 capsules of AEvit vitamin to the bottle with castor oil. Thus, you will enrich the composition with vitamins A and E. 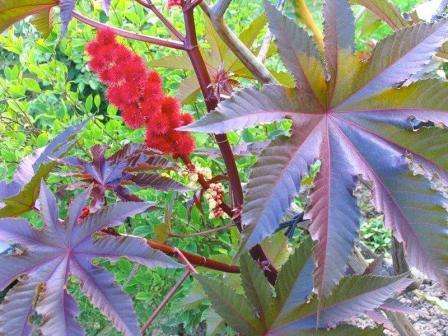 Remember to test for an allergic reaction before using castor oil. If itching, burning and redness of the eyes appears after application, wash off the product immediately. It probably didn’t suit you. You can replace castor oil with almond, burdock or olive oil..

With the help of such a cheap and affordable tool like castor oil, you can solve many problems with eyelashes and eyebrows. They will stop falling out, begin to grow more actively, become much stronger, thicker and thicker. Skeptical people can verify the effectiveness of castor oil by referring to a dermatology guide..

Castor oil Is a proven and effective folk remedy for the restoration of damaged eyebrows and eyelashes. Its main advantage is its completely natural composition. It does not contain hormones, unlike many professional products, but it is very effective. See you on the DIY tips site