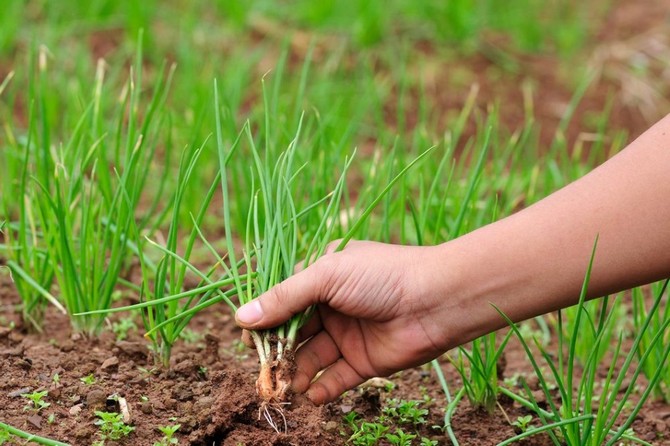 Green onions or onion feathers are not only tasty, but also very healthy. Many people grow such greens in their apartment. But today we will focus on such perennial bows as batun, slug and chives. These varieties of onions can also please in winter with their green feathers, which, in terms of taste and composition, are much superior to the green onions we are used to.. 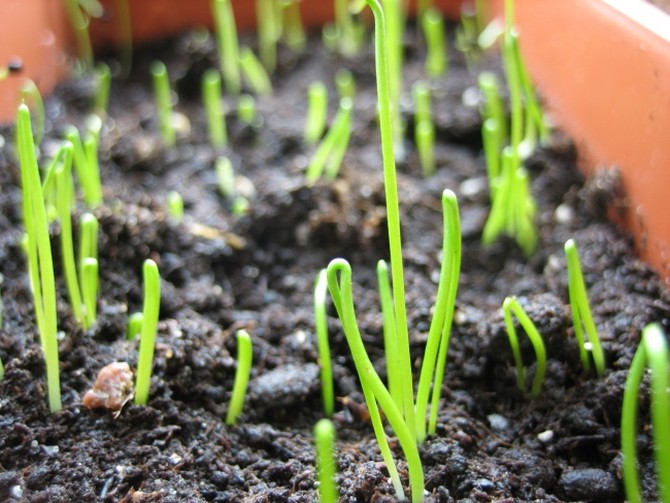 To distill greens from perennial onion varieties, you need not large bulbs, but a small piece of land, or rather its surface layer, in which small onions have grown together with roots. Such onion sods are used together with a clod of earth for further forcing on greens..

For forcing a slime and a tramp in the sod there should be at least five small accrete bulbs, and for chives – at least three dozen plants will be needed.

If the plants have been in the soil for at least three years, then they are most suitable for forcing. The most favorable seasons for harvesting sod are considered autumn (around the beginning of October) or winter (but only during the warming period).

When harvesting turf, pay attention to the ground parts of the perennials. They must be dry. If they still look fresh, it is best to cut them off, as they will interfere with the growth of new greenery.. 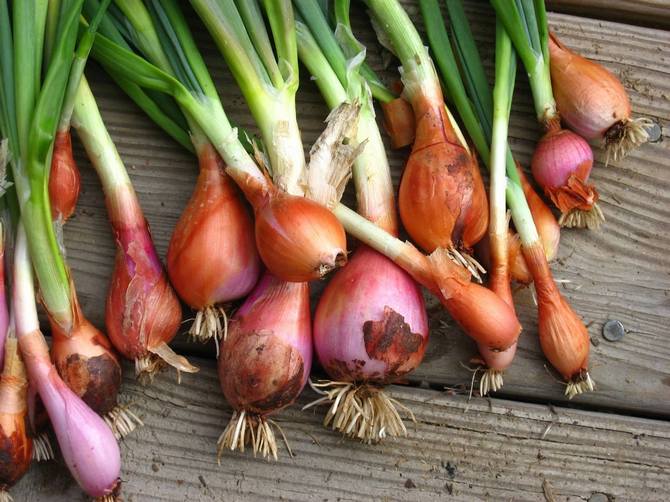 The harvested sods are not immediately planted for distillation, but are given time to be alone (about a month and a half). A cool room (cellar or basement) will be an ideal place for them to “rest”. The sods are stored in an upright position, placing them tightly to each other. As a storage container, ordinary wooden or plastic boxes, wicker baskets or bags are suitable..

At the end of the bulbous resting period (approximately in November or December), the process of forcing the feathers from the perennial onions can begin. You need to start with a thorough examination and sorting of the rhizomes. All roots unsuitable for planting (with signs of freezing or decay) must be removed.

Flower pots or special forcing boxes must be at least 15 centimeters deep. First, they are filled with prepared soil to a height of 10 centimeters, and then sod is laid on top of it and lightly sprinkled with earth. Immediately after that, watering is carried out with warm water and transferred to a room with a constant temperature within 10-12 degrees Celsius and left there for 7 days.

By keeping the plants for a week in such temperature conditions, we give it the opportunity to root well, which will affect the amount of greenery in the future..

The first watering can be replaced by immersing the rhizomes before planting in warm water for 12 hours.

When the first sprouts appear, containers with onions are transferred to a bright and warmer room with a temperature of about 18 degrees.

Perennial onions require moderate watering, constant airing, and regular feeding. Organic feeding is carried out three times a month. You can prepare fertilizer from fallen leaves of indoor flowers. To do this, the leaves are folded into a container, filled with water, tightly closed with a lid and left to infuse.. 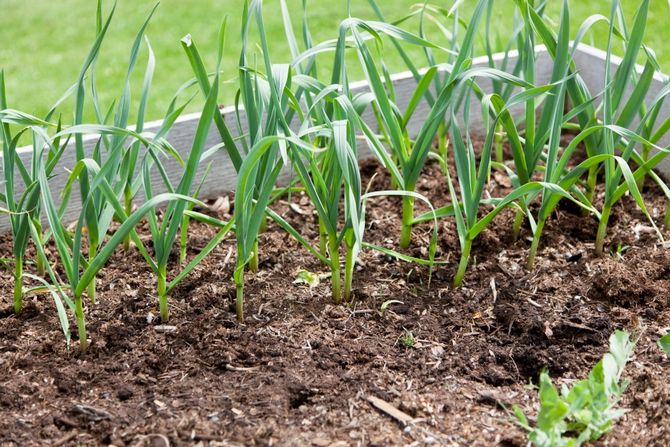 Green chives – onions can be eaten after a couple of weeks. Perennial bows, batun and slug, should release feathers more than 20 centimeters high. If flower arrows are formed, they are also cut and used in salads and other dishes..

Schnitt-bow – has a mild taste, grows quickly, blooms with edible “caps” of a lilac or pink hue.

Batun – has a pungent taste, powerful feathers and contains a large amount of vitamin C.

Slime – has a light taste of garlic, rather wide and juicy leaves, useful for digestive disorders.